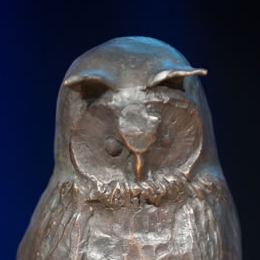 The Minerva Prize is awarded annually to an outstanding young female or non-binary physicist in the Netherlands with an overall performance that scientifically excels in any subfield of physics. Both experimental and theoretical scientific physics research carried out at Dutch universities, research institutes (incl. TO2 institutes), university medical centers, or at universities of applied sciences are taken into account. The prize is a tribute, and the laureate serves as an inspiring example for others. The winner receives a sum of € 5,000 that can be spent as wished, together with a prize certificate, and is invited to present their research at a national meeting.

The Minerva Prize is a joint award by the Dutch Physics Council (DPC) and the Netherlands’ Physical Society (NNV) with the aim to support gender diversity in the Dutch physics community.

The deadline for submitting nominations is 1 October 2021.

The selection committee for the 2021 Minerva Prize includes:

The current Minerva prize is an adjusted version of the much appreciated Minerva Prize as established by FOM in 2000. The focus of that prize was solely on the best publication of a female physicist working in the Netherlands. The focus of the current prize is still on gender diversity, but better adapted to the current needs. Have a look at the Minerva Prize laureates of the previous version of this prize; you will most likely know many of them.